Polythene & Net Covers
About Us
View All
Commercial Horticulture Home 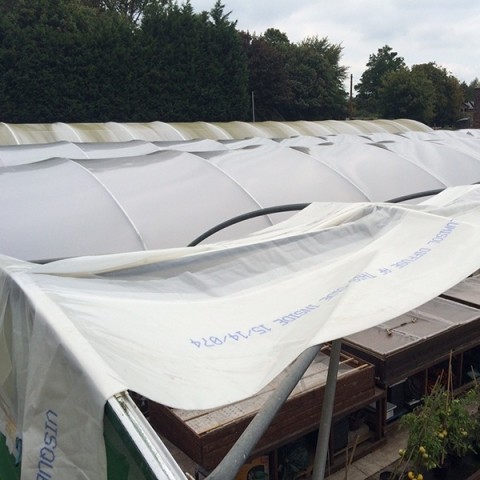 The overall light reaching your crop is reduced by around 2%. This reduction in light creates a slightly cooler environment, up to 4°C lower at midday in mid-summer, which can be a considerable benefit to many crops especially in the sunnier parts of the UK. Lumisol Diffused is a UV ’open’ polythene film, allowing UV light to reach your plants.

Light-diffusing polythene films scatter the daylight as it passes through the polythene. This enables the light to penetrate deeper into the plants' canopy, as it hits the plant from all angles not just from the direction of the sun. This reduces the upper foliage from shading the lower parts of the plant.

This can have many benefits for both edible and ornamental crops. Thanks to its unique anti-condensation additive Lumisol Diffused is able to control condensation on the underside of the film. This reduces dripping (therefore reducing the spread of fungal diseases) and prevents unnecessary loss of light caused by condensation. Comes with a 7-year guarantee, although a 12-14 year lifespan is not uncommon.

Light transmission: Up to 90% 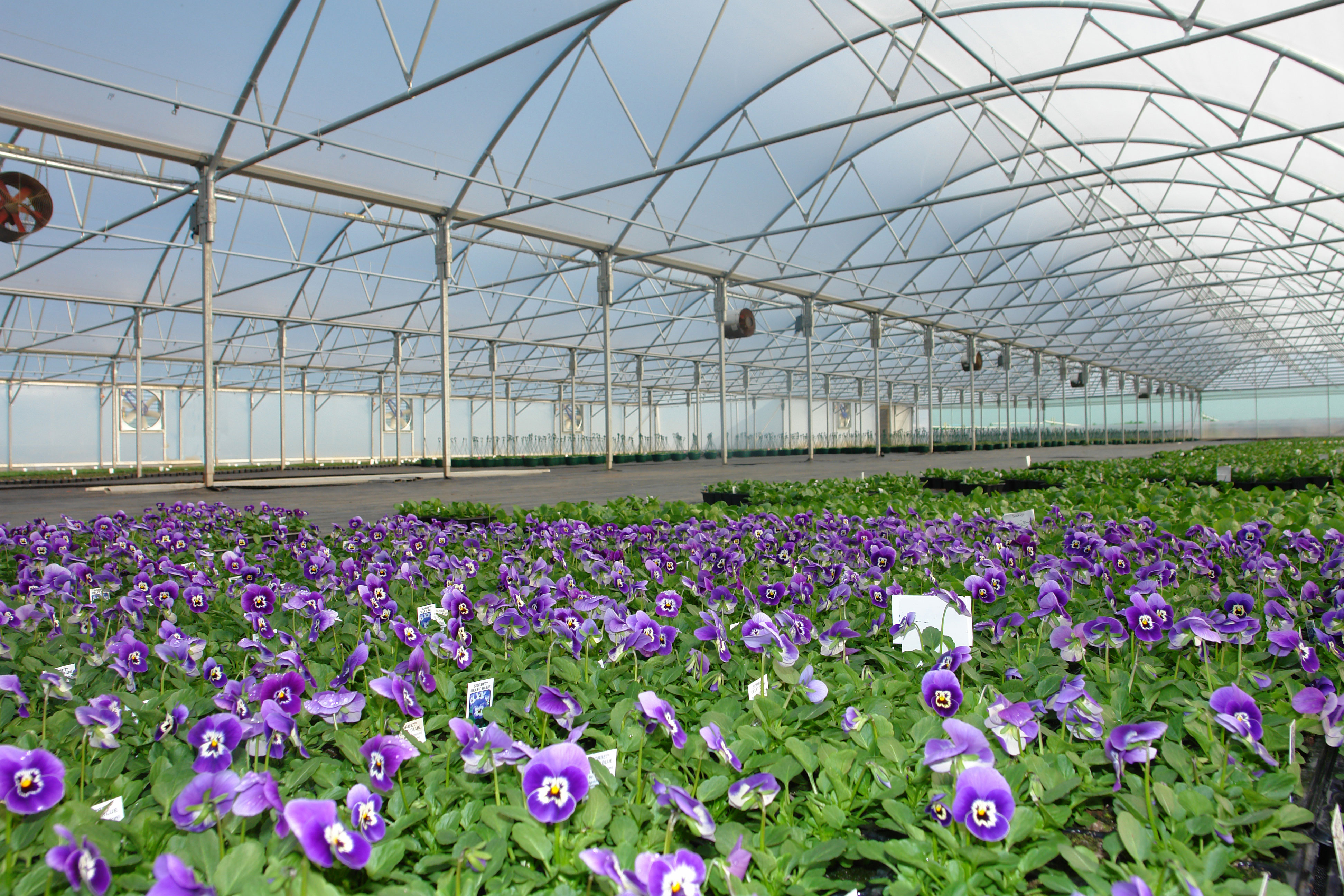 Due to its clarity, clear polythene allows around 2% more light to enter your polytunnel than with a diffused polythene cover. This extra light brings extra heat which can be a benefit during the early and late months of the growing season. Especially popular in northern and western regions where lower light levels naturally occur

This can have many benefits for both edible and ornamental crops, such as enhancing the fragrance, taste, colour, earlier harvesting and longer post-harvest shelf life. In addition, ‘UV open’ films pro mote plant anti-oxidants which are good for health & encourage stronger plants. This greatly benefits plant raisers and young plant growers as stronger plants can be easier to plant out thus saving time and money.

Our polytunnel covers are 180 micron (720g) thickness, and have a 7 season guarantee against UV degradation. However, it’s not unusual for our covers to be replaced after 10-12 years (or even longer). Remember — an extra season or two not only makes a thicker cover more economical but also saves on the cost of fitting.

Thinner, cheaper films are available with a 4-5 season guarantee, but our polythene far exceeds our expectations and are more resistant to mechanical damage.

Light transmission: Up to 92% 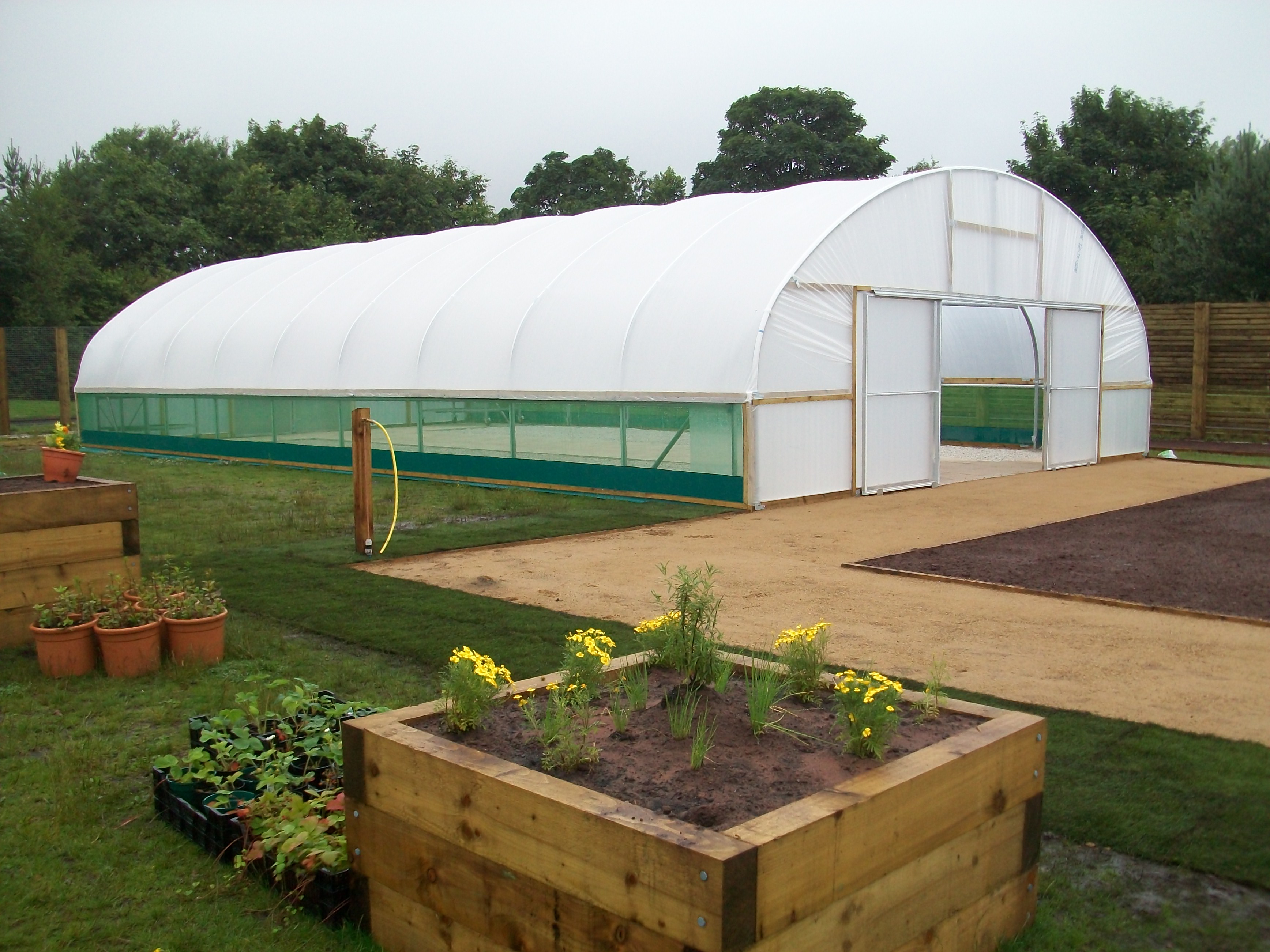 Ideal for: Crops that require shade and cooler daytime tempera tures such as nursery stock, ferns and conifers. The over-wintering of hardy shrubs and for general hardening off. Also widely used in the ag riculture for general livestock housing and also general stor age. 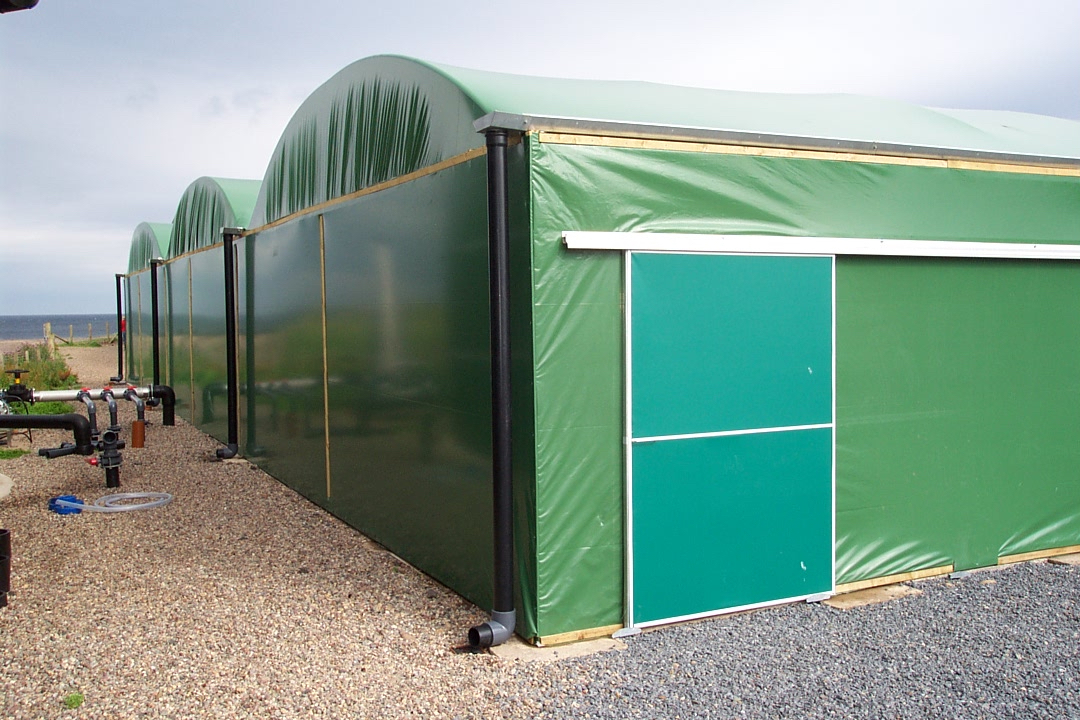 Green & white polythene is especially formulated to meet the needs of the mushroom grower. The green outer layer helps this cover blend in with the environment, whilst the white layer reflects internal lighting to provide a pleasant working environment. A black core layer ensures complete opacity (black-out) and contributes to the durability of the film.

This film is also used for other applications, such as livestock housing, fish farms and protective structures. As this polythene is black-out, artificial lighting will be required.

Our production method spaces the seams between 2m-3m apart (depending on the size), with the seams running parallel with the hoops (width-ways). Bespoke nets can be supplied which can include hemming and eyelets. Any size can be fabricated.

Our in-house fabrication department can produce net covers to any size. Our standard shade net covers are dark green with a 40%-45% shade value, but heavier shade values can be catered for.

Bespoke nets can be supplied which can include hemming and eyelets. 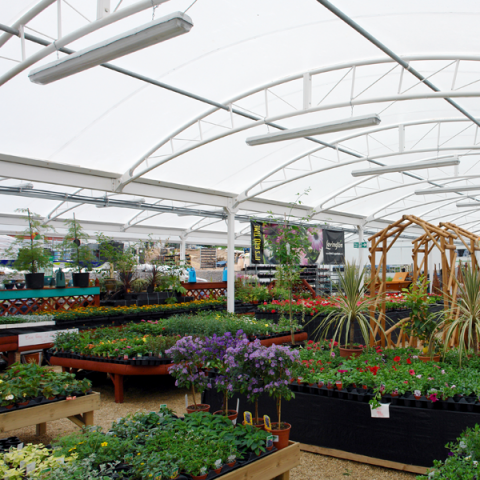 Our in-house fabrication department can produce PVC coated fabric sheets to almost any size. All seams are heat welded to create a join which is stronger than the material itself.

Contact us now to learn more and to order your Retail Canopy Cover. Give us a call on 01282 873120 or Email Us to discuss your requirements with us further.