Polythene & Net Covers
About Us
View All
Commercial Horticulture Home

We developed this range of structures for customers who don’t want the hassle of replacing rotting timbers when recovering their polytunnels.
Although this range has a higher price tag initially, over the years it works out better in terms of strength, value and longevity and is the best choice for any ROI.
This has been our best rated single-span polytunnel range and continues to be a firm favourite with our experienced commercial growers.

We developed and tested the aluminium profiles over years, so our current wiggle wire box profiles offer strength with the ease of the wiggle wire fixing method and results in a clean and professional finish on the structure.

The foundation tubes have a greater wall thickness at 2.5mm, and the tunnels feature a cover tensioning system that allows you to adjust tension on the cover after it’s been fitted ensuring it maintains a tight, drum-skin finish.

Our commercial polytunnels are renowned for their strength which is why you can expect to see them in the most challenging environments, from the Shetlands to the Falklands.

This profile has taken years for us to develop taking lessons from each profile that we have designed, it has the strength of a box profile with all the features that you expect from a modern fixing system. 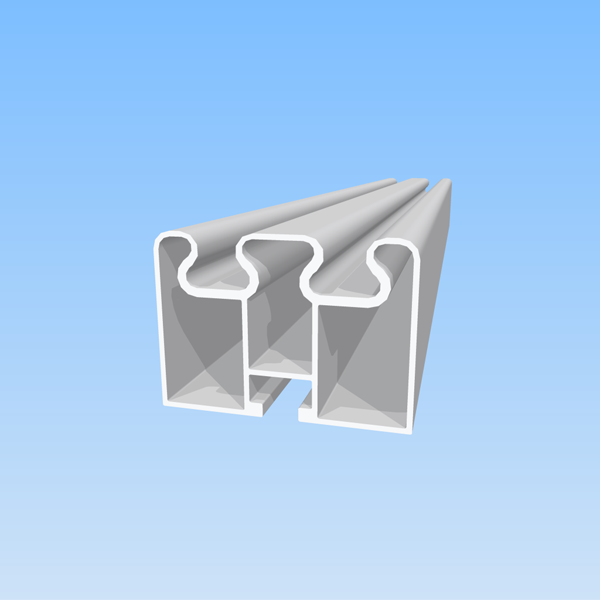 This is a smaller section size but still retains the strength of a box profile, with the simple wiggle fixing system.
• T slot rear fixing for bolts
• Wiggle wire fixing of up to 3 different materials 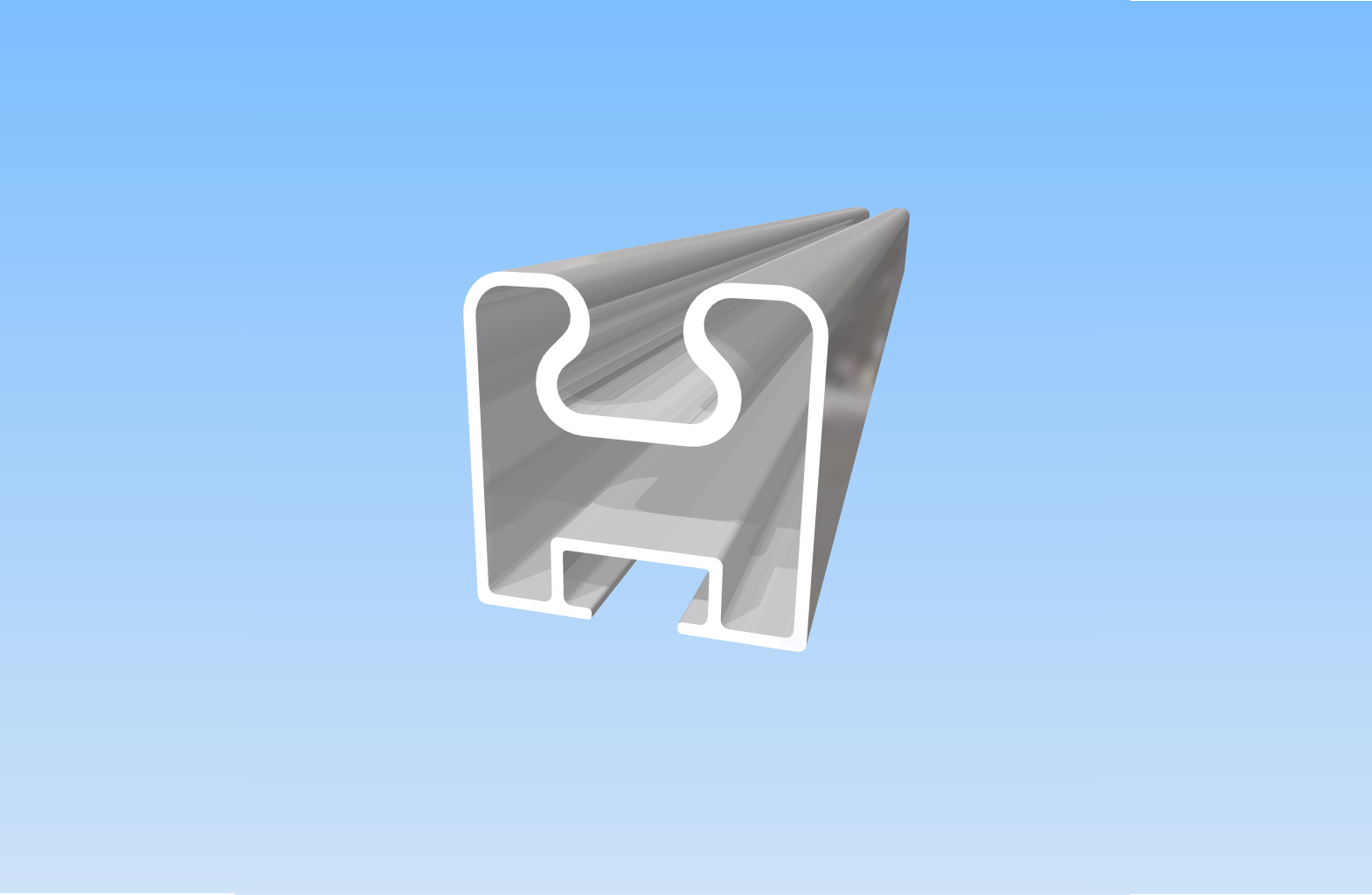 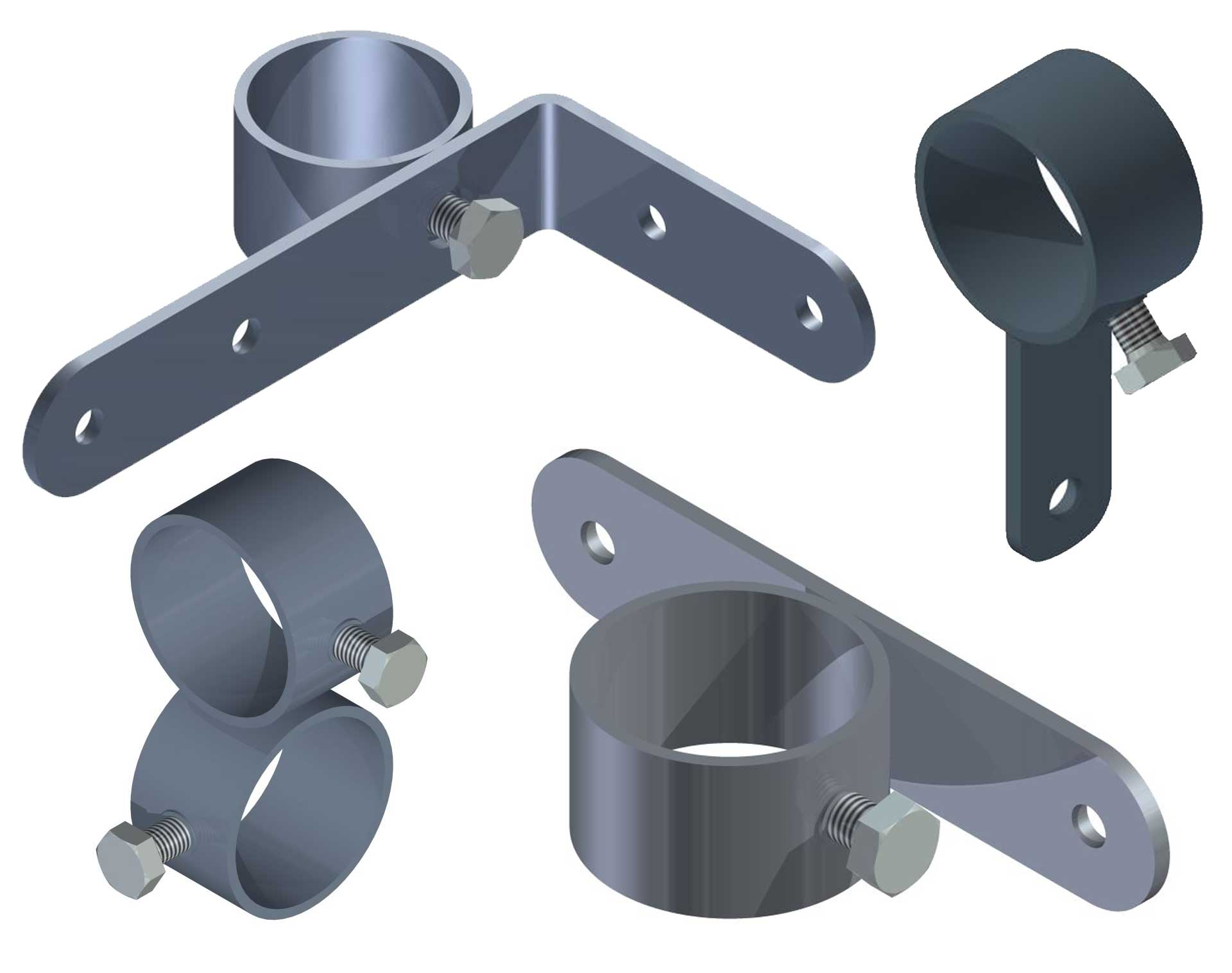 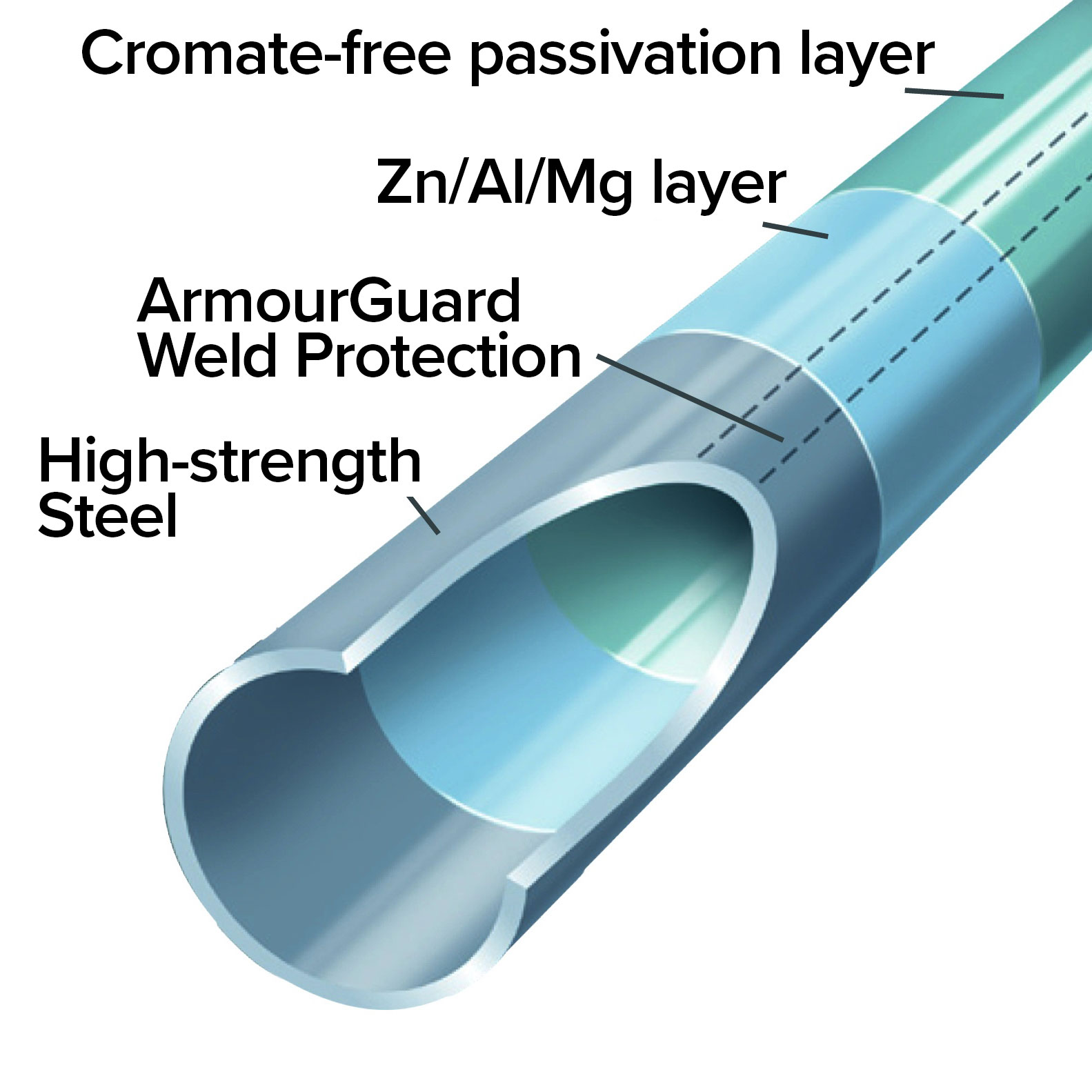 Different crops and growing systems require different solutions, which is why we offer a range of options to suit your individual requirements and budget. Options include; doors & louvres - foundations - brace and crop bars - choice of polythene covers - ventilation systems and irrigation. 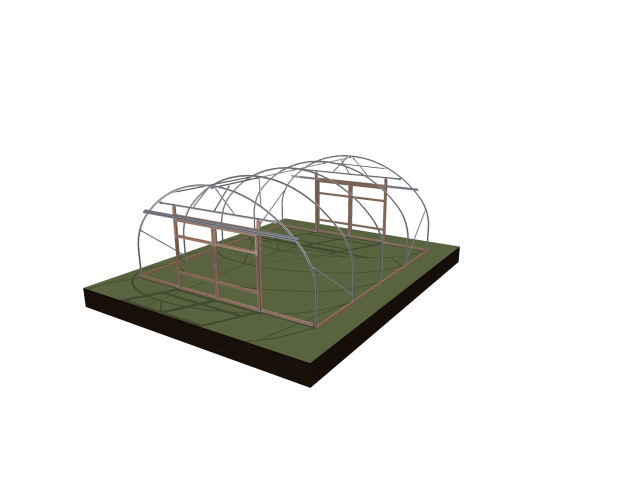 Visqueen’s British made polythene allows UVB, unlike normal glasshouse films (and glass) to enter the greenhouse which has many benefits including enhancing the fragrance, taste, colour of crops, with the added advantage of earlier harvesting and longer post-harvest shelf life. It also has a unique condensation reduction additive to further reduce light-loss. Our polythene is guaranteed for 7 years (incremental guarantee from invoice date) 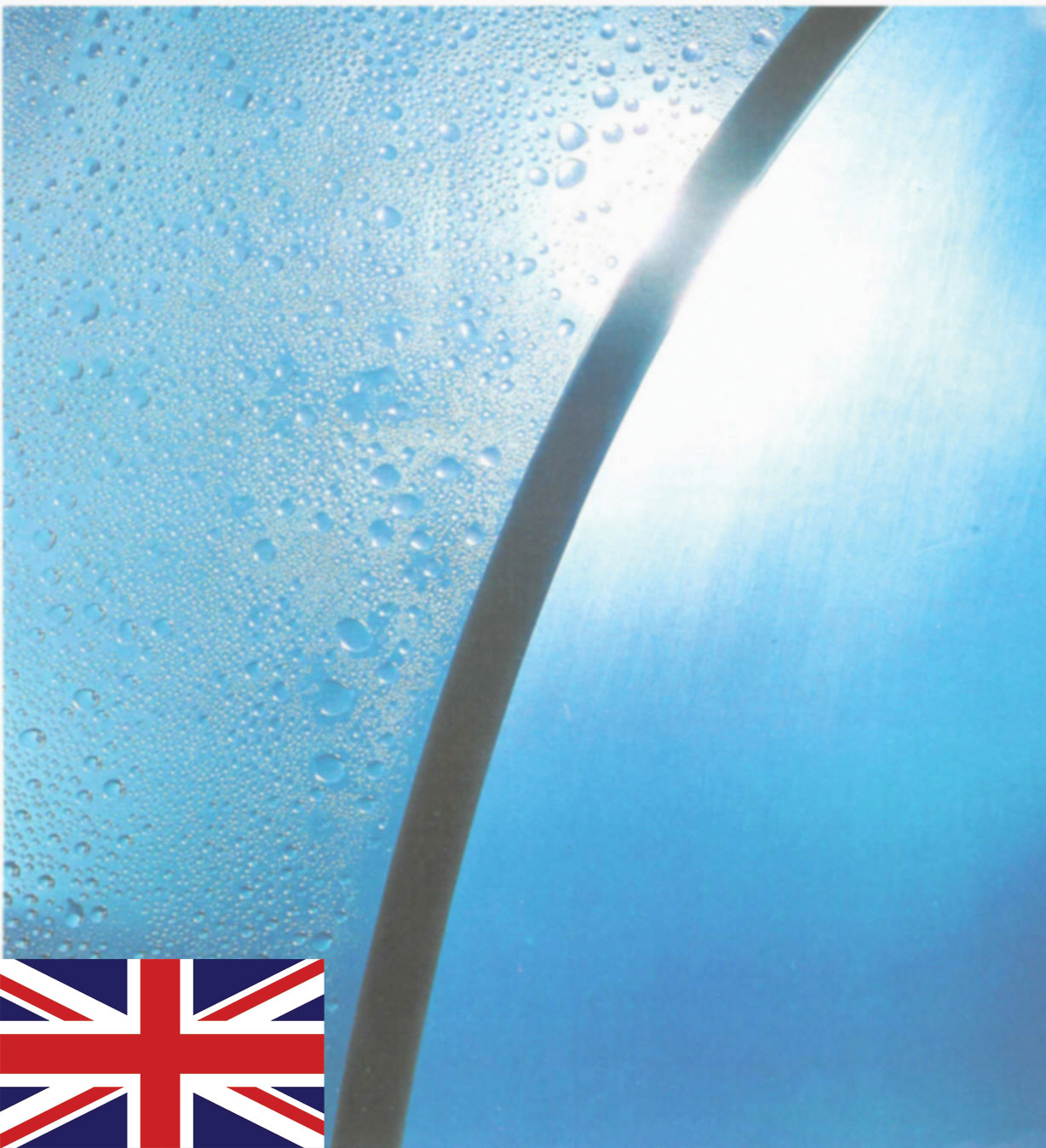 Our Ground Tubes (Foundation Tubes) are 1m long, they are ArmourGuard galvanised treated with a 2.5mm wall thickness. 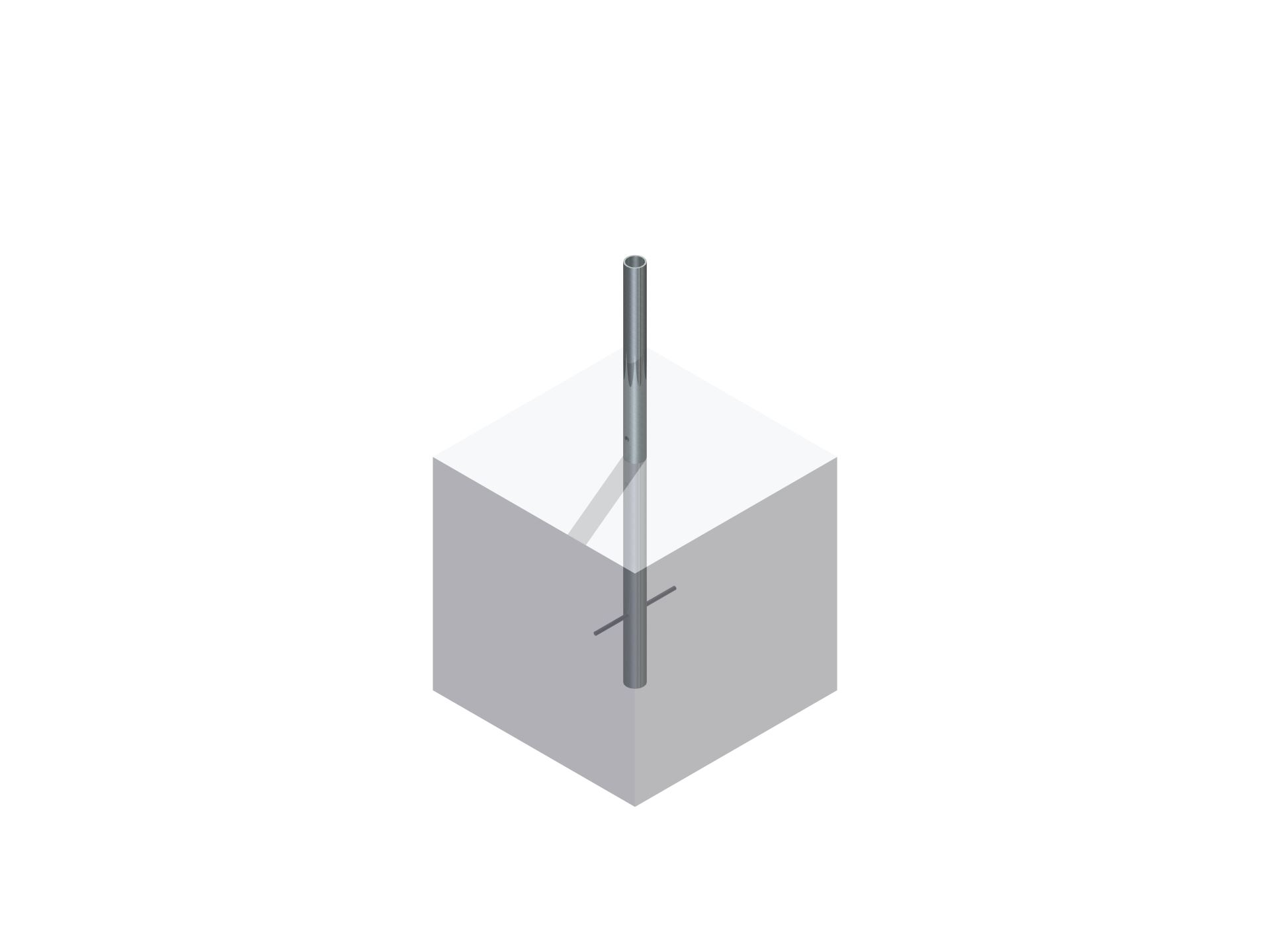 The hoops sleeve over the foundation tubes allowing each hoop to be raised individually and locked into position after the polythene sheet has been attached. This stretches the polythene cover to create a drum-skin finish. Unlike some manufacturers, our system allows easy tightening and slackening throughout the lifespan of the polytunnel 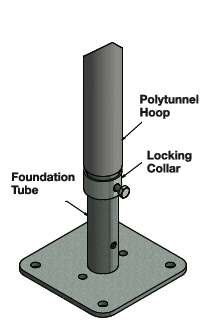 Our 4-pce hoop is made up of a 2-pce arch connected to a straight leg – making the tunnel stronger as the hoop is unable to “snake”. Manufacturing a hoop in this way also makes the hoop more customisable by giving the customer the ability to increase the height of the straight leg without compromising the stability of the single span.

Other manufacturers of Polytunnels often have their connections on the curve of the hoop which compromises the strength. To alleviate this, they use extra bracing brackets resulting in extra materials, extra costs and looks inadequate. 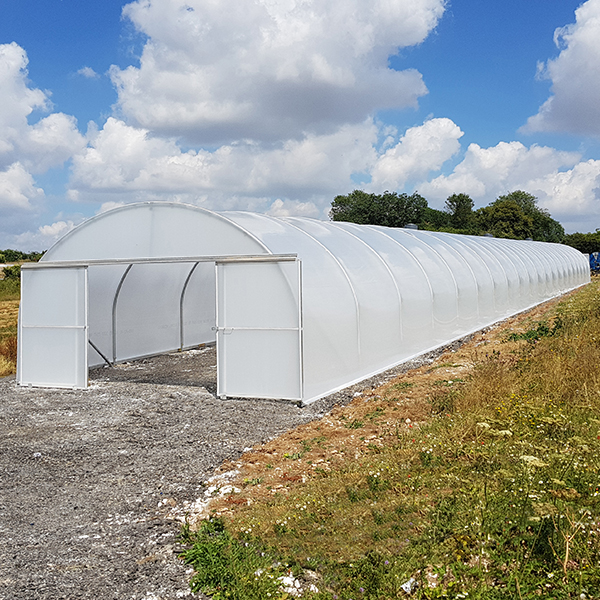 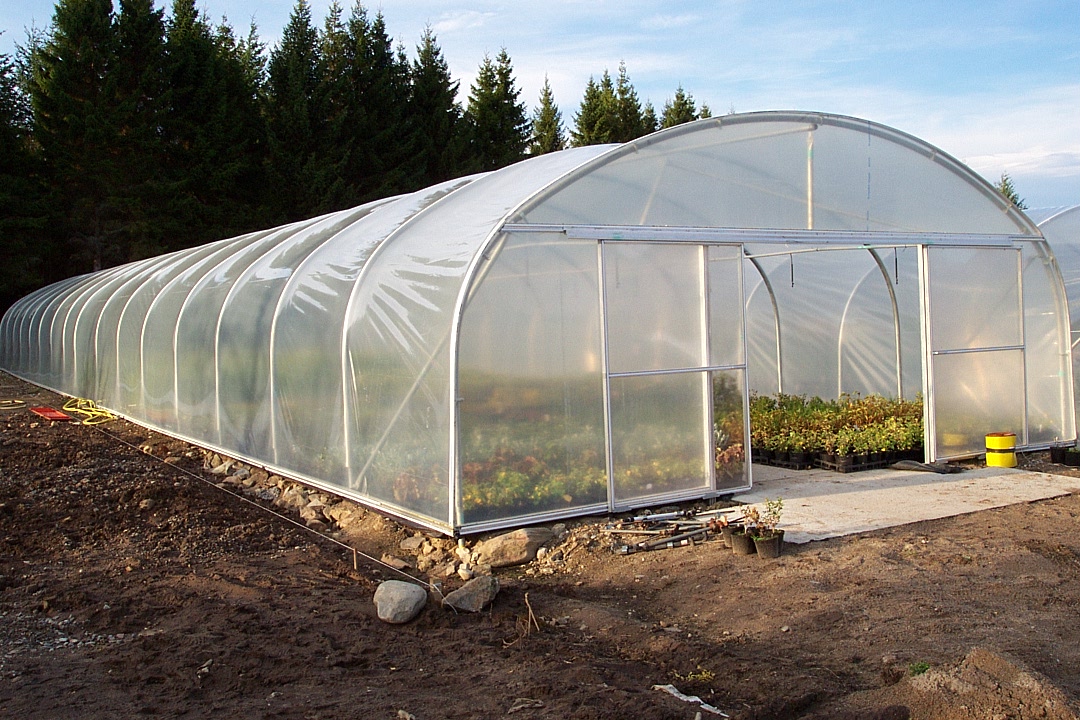 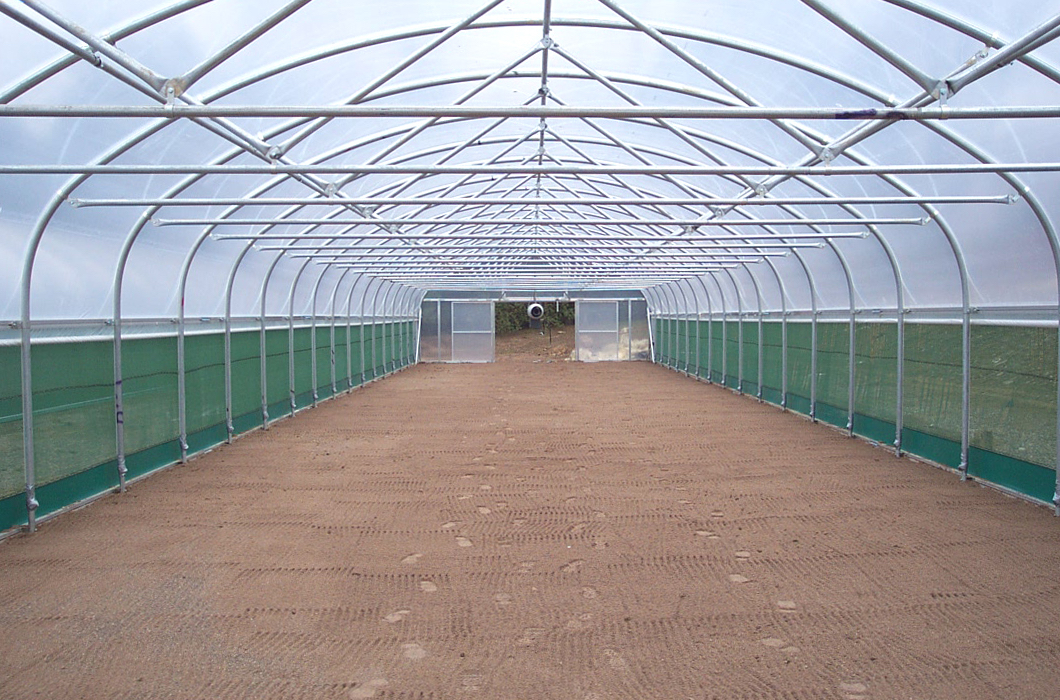 If you want to talk to our in-house experts, call today and they will happily help you find a tunnel from our range to suit your needs. 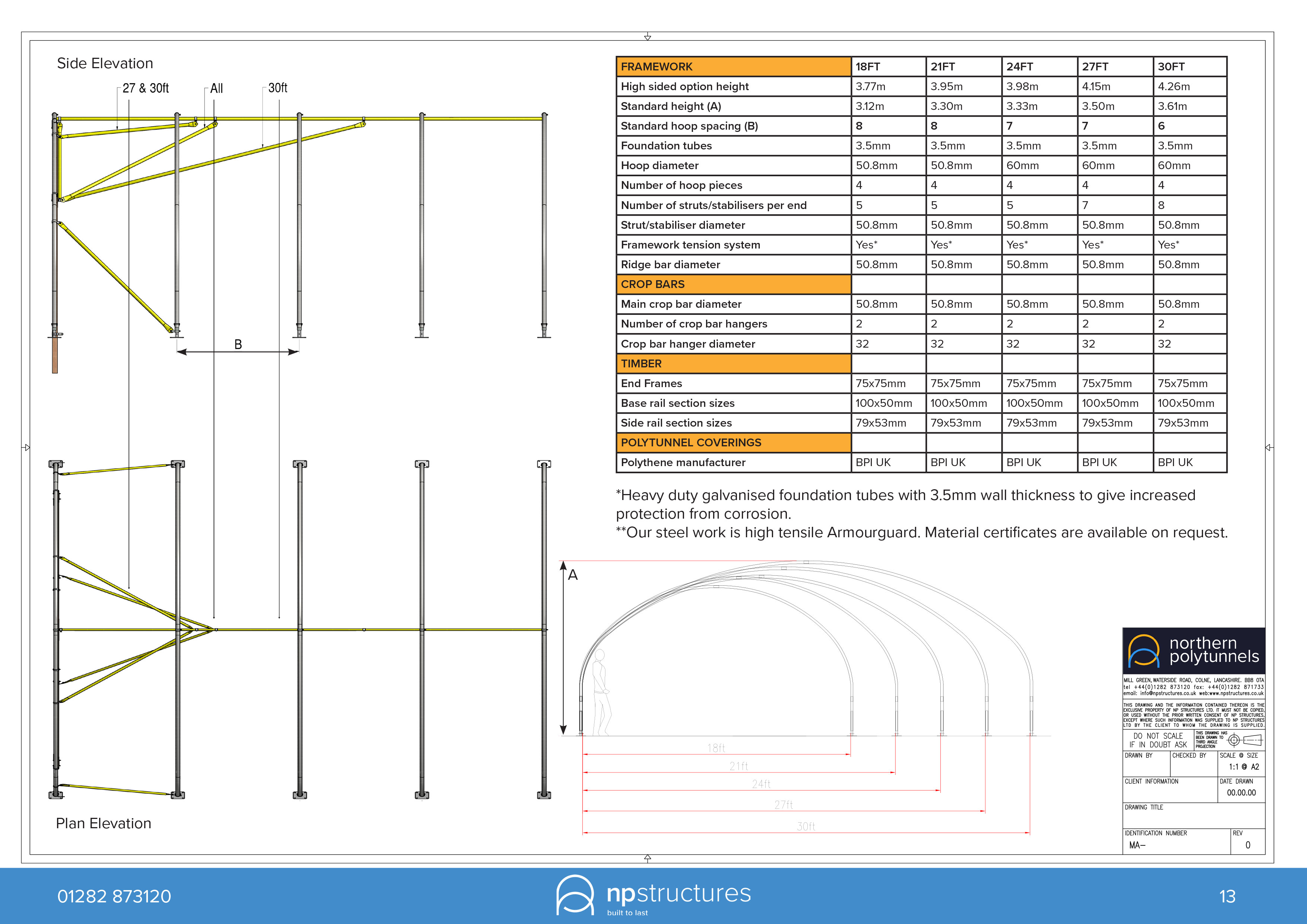 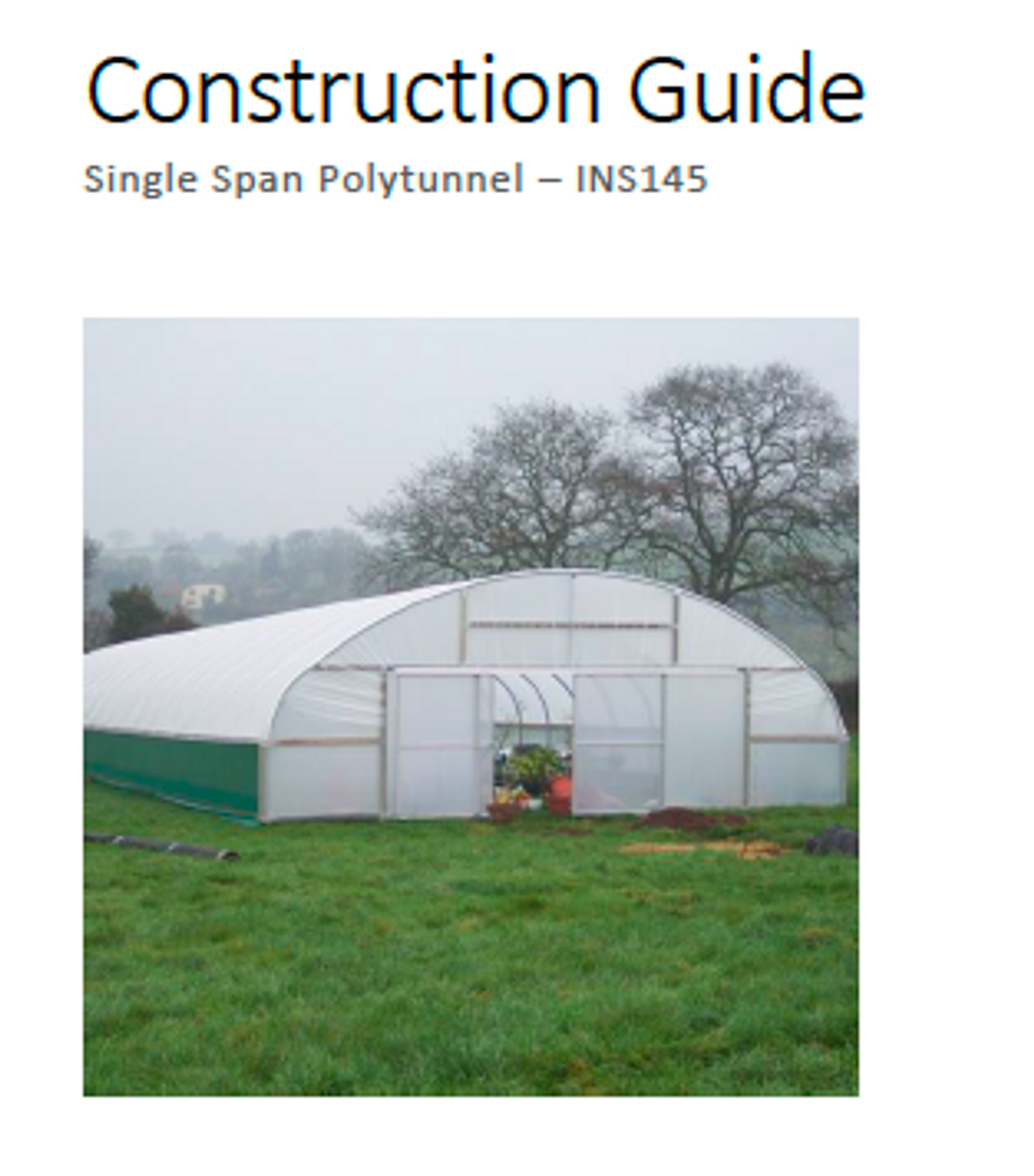 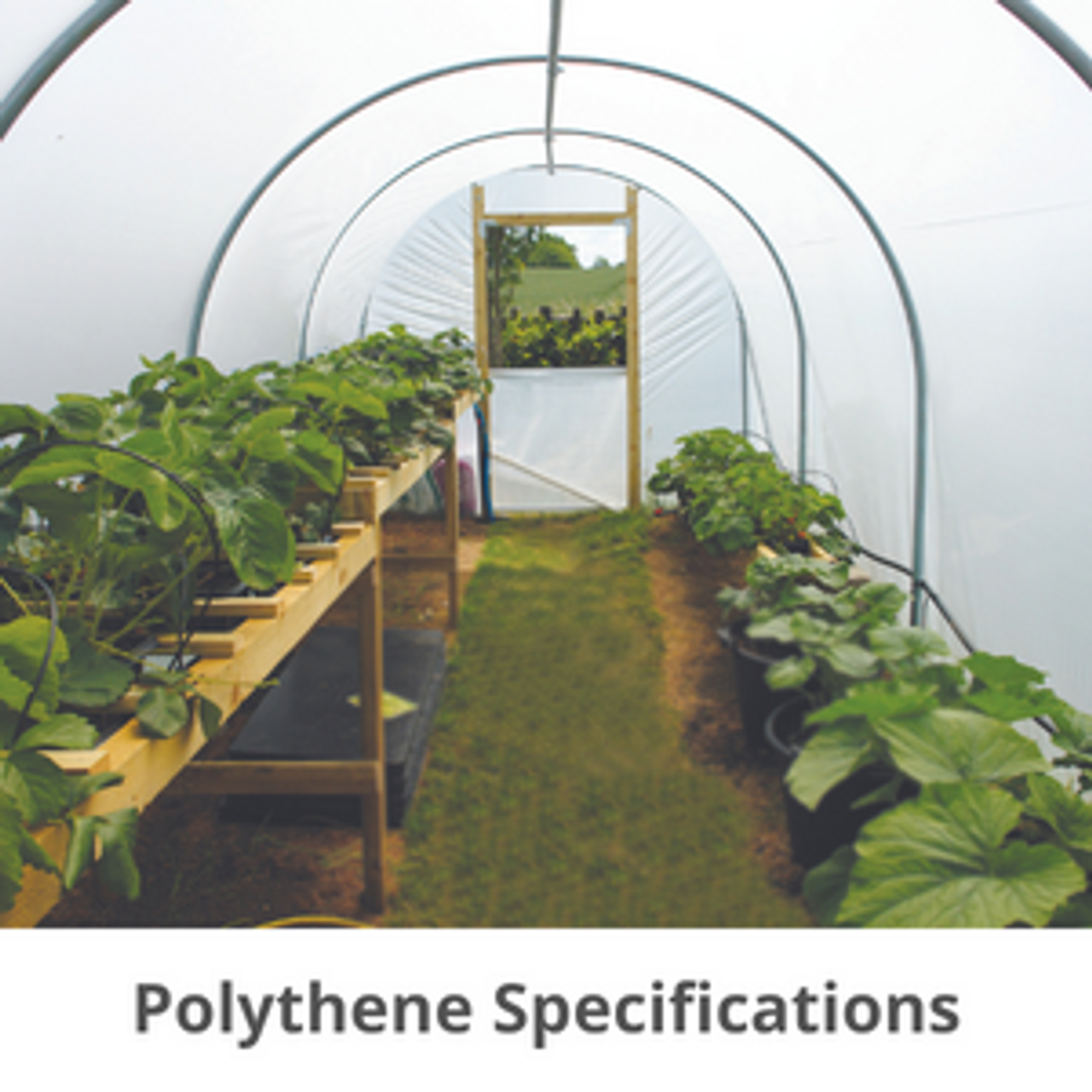